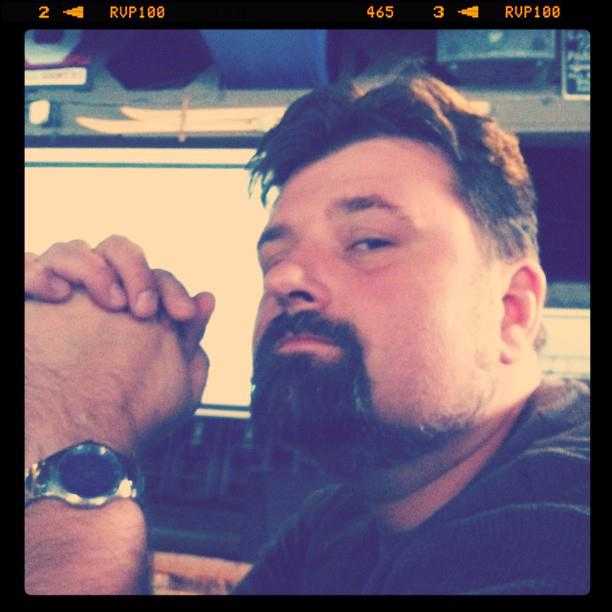 Teague von Bohlen runs the Creative Writing program at the University of Colorado Denver, where he also serves as Fiction Editor for the literary magazine Copper Nickel and the Faculty Adviser for the student newspaper The Sentry. He’s a regular contributor to the Denver alt-weekly Westword, and his short fiction has been nationally published, most recently in Saranac Review and Hobart. His first novel, The Pull of the Earth, won the Colorado Book Award for fiction, and he is also the co-author of The Snarktastic Guide to College Success. His next book, Flatland, is a collection of flash fiction and photography set in the Midwest, and is forthcoming in 2018. His flash fiction story, ” Linn and Scruggs Chubby Shop,” appeared in the Spring 2018 issue of Barely South Review.

BSR: Your forthcoming book, Flatland, is a collection of flash fiction. What inspired you to write in that form?

TB: The inspiration for Flatland came about as I began to play with the flash fiction form about ten years ago. I’d gotten some recognition for a couple of published pieces, and I admired the brevity of the form. I sort of fell in love with it; as a result, I’ve written a lot more flash than I have the standard short-form over the ensuing years.

BSR: Flatland is a coffee table style book that features photographs, how did you decide on including photographs with your fiction?

TB: A few years back, I was talking with my cousin Britten Traughber, who’s an accomplished photographer focusing on (among other interests) the same area of Illinois. Makes sense; we both grew up there, and so we draw from that place for inspiration. It’s a deep well, and much like everything else in flyover states, largely untapped. Britten and I realized that it might be cool to match up some of her photography with my flash, and see what comes from the alchemy of it all. That was the idea: not that her photos would illustrate my stories, or my stories narrate her images; they’d be independently created, and then brought together where there was some perceptible fit. It was astounding how perfect it was at times. We published a few photo/flash pairings at Terrain.org, and after that, the book just seemed like a good idea to pursue.

TB: The coffee table format was really just the best way to show off the photos in all their natural power as a physical image. And really: who doesn’t want to have their name on a coffee table book?

BSR: What has been your experience with flash fiction in the past? Is this your first collection of short works?

TB: The first flash piece I ever wrote is actually part of this collection; it’s one that was named one of the Top 50 by Wigleaf some years back, called “Jesus Wants Me to Refinance.” The idea came from a spam email I actually got, and then mentioned wanting to write about it to my colleague and friend Jake Adam York. It was Jake that wanted me to write it; I owe him for that (and for a lot more), because that was the story that started me down the road I’m on now.

BSR: What is it about the form that made you want to write in it and put together a collection?

TB: The flash form is pretty astonishing to me: it’s the closest we in fiction get to poetry. It does some of the same things—I’ve heard some debate about whether or not flash fiction is the same beast as a narrative poem, and my take on it is this: I don’t really care. Labels are a matter of commerce, not art. If a reader is asking whether something is called poetry or called fiction and not paying attention to how it affects them as a primary factor in whether or not it’s for them, then they’re focusing on the wrong thing.

BSR: What writers have inspired your work most profoundly?

TB: Too many to count, and the list changes dramatically from year to year depending on who I’m reading. But the short list, for me, is usually Ray Carver, Flannery O’Connor, F. Scott Fitzgerald, and Mark Twain. More recently: Michael Chabon, Richard Russo, Gillian Flynn, George Saunders, Sam Lipsyte.

BSR: What do you think you look for in the prose you admire?

TB: I think I tend to appreciate prose that’s accessible. I get impatient, as a reader, when something seems artificially heightened. I hear my grandma in my head: “this book is just putting on airs.” It’s the Midwesterner in me: just tell me what I need to know. Don’t try to impress me. You know what will impress me? Getting the job done. That extends to writing, too. Which probably explains some of my affection for Flash Fiction. It’s like that John Deere commercial on TV: it’s not how fast you mow, it’s how well you mow fast. That’s Flash Fiction in a nutshell.

BSR: Your novel, The Pull of the Earth, won the 2007 Colorado Book Award. Since having a novel published, what has been the most surprising, both then and now? What about in your career as a writer in general?

TB: I’ll give you one positive surprise, and one negative. Let’s start negative: I’ve been surprised at how much the industry, academia, even readers want to pigeonhole you into what you’ve already done. I’m talking both form and style. I’ve been a writer in the larger sense from the beginning, worked at several newspapers, edited for both journalism and creative magazines, written in whatever form inspires me. It’s slowed down my progress in any one field, but not in an unsatisfying way for me. I freelance well over a hundred articles a year; I write a few short stories; I work on my next book. I had a textbook a few years back too. I’m all over the place, but that’s because that’s where I want to be. And honestly, I can be of greater help to my students in that way too.

Which brings me to the positive surprise: young writers and their continued passion for writing. My students are some of the best inspiration I’ve found. Their excitement is contagious. It helps refill my own well, when I’m exhausted, as we all get, and we lose sight of the joy in what we do, which we all do from time to time. My students remind me that what I’m able to do for a living is pretty damn cool, and I’m reminded to be grateful. That’s a great gift.

BSR: You have also been a freelance writer, most often featured in the Denver alternative newspaper, Westword, if I recall correctly. How do you balance being a father, professor, freelance writer and still find time to work on your own creative writing?

TB: It’s all about time management, which means I’m usually pretty bad at it. I work from small emergency to small emergency, and it seems to work for me. I’ve never been the sort of writer that gets up at 4:30 in the morning so they have three hours of quiet to work before the kids get up. Elmore Leonard has a fascinating rule that he’d get up in the morning and not allow himself to put the coffee on until he was well into a scene and in-process. That’s both alluring to me and also impossible. But we all do it differently; we all capture these snatches of time for ourselves, and we make it work. It’s not about doing it correctly. There is no “correctly.” There is only, as Yoda said, do or do not.

BSR: As a professor of creative writing, what have you learned from teaching, both in terms of how to teach it and for your own writing?

TB: The amazing thing about teaching is that it requires that you remain a lifelong learner at the same time. Opportunities for creative growth are everywhere: in the reading I do to keep up with the industry, in the research I read from my colleagues, in the conversations I have with working writers, and the conversations I have with my students. All these are the ways that you keep growing as a writer, aside from just doing the work itself, which is of course paramount, and the requisite foundation.

BSR: What advice do you have for aspiring writers?

TB: Make a place for yourself and your work. Physically, sure: have a desk you love and a chair that doesn’t ache your back and a few things on the desk that remind you why you’re doing what you’re doing (but won’t distract you). But make a place mentally too: you want to be a writer? Be that. Go be that right now. This is not a casual calling. You have to live it. It’s not just the best way to be a writer; it’s the only way.