The law says you can marry another woman.

The woman you marry will not be the retired math teacher you met for coffee. She dropped a scourge of keys and a folding wallet onto the glass table at the coffee shop and stared at your brown leather purse as though it might implode. “I like costumes,” she said. “I make pink tutus for a festival in the spring.” You soon learned tutus would be attendees’ sole festival apparel.

The woman you marry could not be the one espousing membership in that other political party, the one that would never allow you to marry in the first place. “On social issues I’m with you,” she said, “but fiscally I must vote the other way.” She droned on about Abe Lincoln for what felt like fourscore and seven years and cringed at the word lesbian.

The woman you marry will not be the insurance attorney so deep in the closet you needed a detective to find her, especially when she quite literally took the fifth the day after tonguing you so hard you pondered ethics and the law as it applies to making out.

Nor will the woman you marry be the athlete who coached you about muscle groups and food. She cardio-walked and carbed-up, ran marathons, triathlons and lifted weights; her t-bands were often out of whack. You imagined couching-to-5K for the rest of your life.

Neither is the woman you’ll marry the gluten-free librarian with OCD and a fear of loud noises. “Ligyrophobia is a big problem,” she said. “Motorcycles terrorize me.” You consider the Honda Rebel 450 and Slingerland drums you once owned, your barking dog and the enthusiasm you exhibit for your favorite sports team in the fall.

The woman you marry will not be the one who swore she looked like Linda Ronstadt, but when you met, more resembled Gene Simmons. You wouldn’t have minded the female version of Simmons. It’s just that delusion is not a quality you value in a partner.

The woman you marry will not be the one who messaged for months in that dating app and canceled every face-to-face. She was interesting and knew how to spell, but it’s difficult to imagine a future with someone you never see.

And the woman you marry is not the one you loved, the one who taught you friendship is sometimes the better of two lakes: one prone to drop-offs and no-swimming signs, the other a place you float free. The woman you marry won’t be her, although she taught you about the woman you will marry, the one beyond your original and small concept of love, beyond the fears that once built squalls of fire around your heart. The one you will marry packages and presents your beauty with your faults. “For you, my love,” she says.

Together you will climb to an enchanted place, and nearly breathless, you’ll reach the bald summit and marvel at ravines and stunning vistas below. Somewhere in the distance are families who approve, churches that don’t judge and a country open to all.

“Selfie?” you’ll ask, and the two of you will stand with your backs to the vastness of what is, your faces cheek to cheek as you store this moment with the tap of one finger, to prove it was worth the climb, to prove she was worth the wait, to prove you were here. 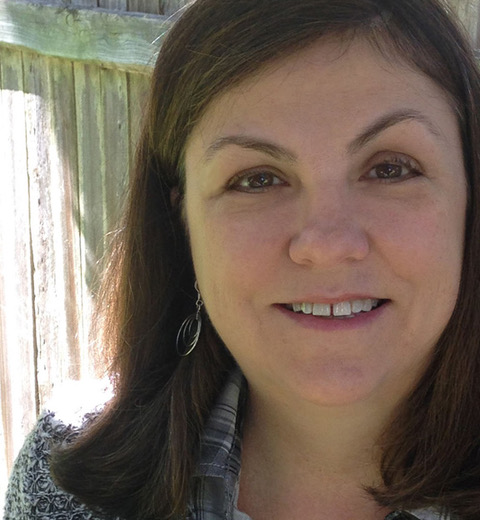 Ramona Reeves currently lives in Texas with her spouse and hikes when she can. Her work is forthcoming in Bayou Magazine and most recently appeared in Ponder Review, Rougarou, New South’s Micro series, Peauxdunque Review, Yalobusha Review, and Texas Highways. You can find her online at http://www.ramonareeves.com .