They say it resembles the blue
of a robin’s egg – those fragile homes
sometimes found in fragments
on the walk, where the wind has blown
them. That blue of the stone
of the ring I bought and lost, it coming loose
in the pool and settling
to the bottom to be found by someone else
to keep. This blue so rare
and treasured and reserved only for some –
the skilled artist of faith.
I envision you bent in fervent attention
in light growing dim.
When the brush becomes difficult, you wet it
with your tongue and then
finger it, rolling it to a point that will give you
just what is needed: that
subtle detail the magnifying glass will catch
a thousand years from now – now
when we dye our hair and carnations this
color and alter the eye as quick as.
The sleeves of your habit often get in the way
and the cat mewing for his cream
distracts, but you carry on, so fixed on this
illustration, this text with pictures
that guides some – that kind of hymn, that kind
of prayer. They say that pollen
and the wings of insects have been discovered
in this plaque of the furry incisor,
in the spaces between where the seed gets wedged
and irritates temporarily. And now
this blue, this pigment of the sky and the gown of
and its proclamation of your role. 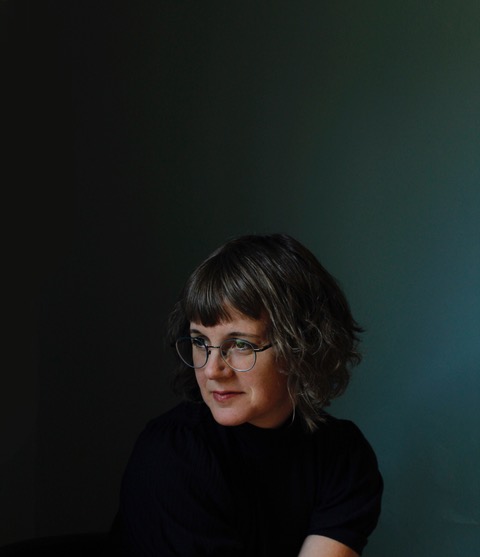 Kelly R. Samuels is a Best of the Net and Pushcart Prize nominee, as well as the author of Words Some of Us Rarely Use (Unsolicited) and Zeena/Zenobia Speaks (Finishing Line). Her poems have appeared in RHINO, Cold Mountain Review, DMQ Review, The Pinch, and Salt Hill. She lives in the Upper Midwest.