This week I decided it was time to lose my friends on Facebook. The names have been changed here to protect the innocent and the guilty. I’d had so many options but I surprised myself by taking few of them. For example, I quickly deemed it trite to merely “unfriend.” I may have been fortunate that none of my friends, not even this week, were insane. I was not on Twitter, so maybe they just behaved better on Facebook, or maybe my friends were those stealthy Trump supporters who didn’t talk about what they were about to do nor what they did on Tuesday, Nov. 8. So in fact there were no outrageous posts to rail against and to click “buttons” with a flourish. Yet it fitted my mood to consider separation, discontinuation and disruption of contact forever or for a day. My knuckles were callused from canvassing for Clinton, after all.

Forward the real life reel past a horrifying election season, past voting and going to bed on election day expecting Hillary to win, even past waking up at 1 a.m. to hear the TV still on, to finding my husband in his den in a state of disbelief. Within a couple hours I joined so many others in watching Trump’s acceptance speech. (Even the CBS reporter seemed horrified when his earbud told him to announce that Trump has received a phone call from Clinton, and was about to accept the presidency of the United States: “Is that from a Democratic source?”) Past all that, to my own mute despair, sleeplessness and the grief of spending the terrible night alone (husband took a sleeping pill). Perhaps to my credit I was not afraid for myself since I was not a young impressionable girl, a Mexican, a Muslim, an LBGTQ, an immigrant from a suspect country nor a Sanders dreamer. I was, however, an aging woman, nasty apparently, with a pre-existing condition, rarely paid for her writing and heavily dependent on Obamacare.

So in some personal and communal vortex of pity there was Facebook: Anita and Amy and Trevor and Christiana; Pantsuit Nation and The New York Times and Tin House and CMMB charities; Joe and Jill and Brian and Trish; Kelly and Shauna and Brady and Billy; an occasional recipe or cat; pandas, thank God. All the posts were heartfelt and the comments riveting. Not for a day and a half would a Trump supporter say “hooray!” I felt the suspense of what might be coming, yet at first I was given a private bubble and a span of hours for textual weeping. As I said, I was fortunate. All of it was kind.

Curled in a blanket, the TV on mute, holding my glossy phone, I read each post and they worked on me like a trough of whiskey might, warming the insides. Each wail that followed another wail meant my own wailing was a part of something larger. And it meant that we could all talk to each other in an immediate, intimate way: depression, fear, disgust and embarrassment were allowed. The day would come when we had to put that away to make room for courage, but for these hours in a bowl of shock I had good and kind company.

Later I would come to realize that I was led though “likes” and “shares” to many strangers. To moms with biracial children. To the lovers of my gay friends. So many parents calling to mind their sleeping children – what would they tell them in the morning? One gal posted a picture and I could see she was a young African-American wearing a pantsuit – from a secret group three million strong and generally Democrat, although that was not a requirement. According to the site description, civility was the only requirement. Thank you to whoever screened any overly defiant or mean posts. That helped the fall. As women, we had no parachute. We had not feared that a woman could not be elected. Clinton was finally fully financed and supported and qualified. Well, maybe we had feared a little. But she was running against Trump. No, I don’t think we feared. We may have even thought it was too bad the race was not a bit more challenging for the first woman. Surely Trump was so bad only the bad would vote for him. Surely even Republicans would vote for no one or for someone else, even Her. So it was a night of new realities, of psychological webs broken and tired bodies already fallen, and I could hear it over and over, as a soft landing: I love you, I love you, I love you. You’ll get through this. We’ll get through this. The way through is to love everyone. A woman in North Carolina shared that her husband was self-employed, so they kept their vote secret from the conservative customers surrounding them: “I feel so alone and that is why I am thankful for this group. I need to know I am not alone.”

My personal friends must have been asleep, or too wise to type. I know I had nothing to say. That’s when I realized how alone I was. Just a few friends know I will probably lose my insurance. My extended family won’t know, and won’t even talk about the election. My husband was asleep in bed, and I knew how he would move through this, separate from me, coming to his own conclusions, and then telling me what they are as he finds resolution. If I disagree, that is my problem. If I suffer, I will do it alone. Because it was so late, I knew no one would call me up and ask if I were all right. Would a Trump supporter I have loved all my life check in on me? She always gets up early. She didn’t. I knew as much. But also, I knew I had a lunch date the next day with another close friend. I knew we’d both be crying. I looked forward to that, but I felt better for both of us knowing we had an army of support, even if it was somewhere online. And, yes, my heart was whining. Need, my friends, need.

What an antidote to the inescapability of Wednesday, for when dawn came America seemed enemy territory. We did it, we did it, my friend and I; we looked askance at people. Talking in a restaurant, I found myself staring with a bit of fear at a lady in a sweatshirt at a nearby table. I almost felt myself to be in a Nazi movie, but realized sweatshirts weren’t invented until the 1930s (I just looked that up.) in upstate New York. And I cried watching Hillary’s speech. And I hugged my friend. Neither of us had done our hair. And I dragged through the day, trying to be present with people but mostly failing. A young cousin came over. She did care, though she had failed to vote. Another young friend texted me soft words. My daughter called, and sounded brave. I ate a good pizza. I lost at cards. I went to bed.

Thursday, I was ready to experiment. There was something in me, once restrained, that wanted to interact with Facebook. No more hiding. No attack, but a strategy:

Of course Friday came. New days always arrive, carrying less, carrying more. Children in school had chanted “build a wall” at their Mexican classmates. A 10-year-old girl, if you can believe the report, was grabbed in the genitals by a schoolboy imitating his new president. My husband was saying it would be all right, my daughter was saying maybe it won’t be so bad, and the political establishment was saying we must work together. I had only “unfollowed” one person and still had presumed friends. It wouldn’t have been as cathartic as it seemed at first to lose them. I struggled to be glad that some were happy, but was even more glad I didn’t know what that unfollowed friend was saying. I noticed she was liking my posts, too. Was she feeling guilty, perhaps? I went to yoga and tried to leave it all on the floor – it has been quite a hard year in many ways. I came home with the same pain, but I knew it was the pain that belonged to the whole world and always has, to someone, somewhere. Now more than fifty million American voters. All those who have been told something terrible should happen to them. I knew I would have to carry my share. First breakfast, then a plan to let others know they are not alone. And to love enough of them so that no callous would grow over my heart. 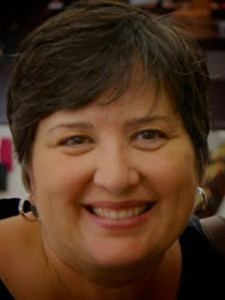 Ann Barry Burrows is a writer from Norfolk, Virginia. Before she turned to freelance work and fiction writing, she won state awards for her work on the staff of the The Virginian-Pilot daily newspaper, and she was a staff writer for Georgia Trend monthly business magazine among other publications. Ann also taught health in villages of Kenya and Nicaragua, where she helped to install water systems. She has received a BA in journalism from University of Central Florida and an MFA from Old Dominion University’s creative writing program. Her short works have appeared in the Alimentum Journal (print), Barely South Review (online) and on annbarryburrows.com. Ann edits, teaches, and continues to work on a novella with stories collection.